A Summer of Radical Grace 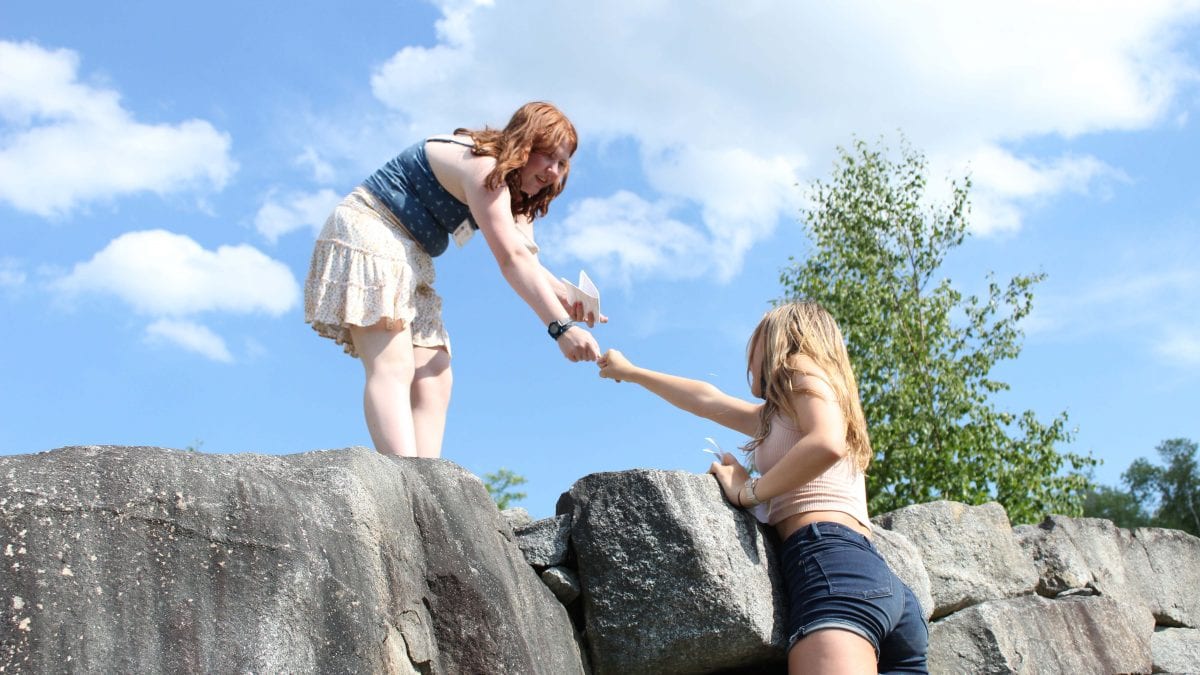 During Staff Training this year, Monica Flory, director of Monster and Eurydice, introduced the idea of Radical Grace when we were discussing ways in which we might rise to the challenge of changing systems in camp and in rehearsal that no longer worked for us after a summer away. I asked her, in the midst of all else happening at camp, if she would share more about this idea with me and our community. Below are the words she sent my way and I will admit they had an immense impact on my summer and my current way of being this fall. - Chris

In 2019, I served as assistant director and dramaturg for a production of Molly Smith Metzler’s play Cry It Out for Simpatico Theater in Philadelphia. Metzler’s play is about maternity leave, friendship between mothers, and how economic status limits the choices of parents. Simpatico designed the production to be particularly accessible for parent artists, to involve as many as possible.

The director for this project was the visionary Tamanya Garza, who has a passion for working with global majority theater artists who have largely been excluded from predominantly white theater spaces. As a parent herself, she understands the challenges of navigating rehearsals and childcare. Tamanya was particularly interested in creating a space that supported global majority parents and addressed the unique circumstances they encounter.

It was Tamanya that introduced us to the concept of radical grace.

Radical grace is a way to counteract the damage of white supremacy in theater spaces, by extending compassion to others and to oneself. So much of what passes for “professionalism” (arrive early, overprepared, with your big smile and your “yes, and” ready to go!) might be particularly inaccessible to global majority parents who may face economic, logistical, and emotional landscapes with a different texture than others in the industry.

Tamanya made space when actors showed up late to rehearsal, seeing it as a consequence of circumstance rather than a personal failing. She arranged childcare, and on long days we took a break to eat pizza with our kids. Radical grace extended to costume fittings, where she told a performer “your body is perfect; the clothes are wrong.” Our children were never considered an interruption or a nuisance, they were an integral part of the world of the play. When I broke my foot before the second day of rehearsal, and was bashful about using an extra chair, Tamanya suggested I needed to learn to take up more space in the room.

This might be a summer in which we all need to take up more space in the room. These hard two years in which we have all been missing each other and missing theater might be just the time to try out radical grace.

Radical grace to step inside someone else’s experience and release our anxiety about professionalism. (Not our standards and goals, just our anxiety.)

Radical grace to identify all the things going on in the rehearsal space, only one of which is rehearsing a show. (To paraphrase dancer Kimberli Boyd, sometimes the most important thing going on in the room isn’t rehearsal.)

Radical grace to meet others where they are right at this moment, as full people in particular circumstances, some of which we may not know or understand.

Radical grace to let emotions sweep through us. After the storm, perhaps we can close our eyes to feel the sun for a moment.

Maybe most of all, radical grace for ourselves, to connect with our own mess, our own shortcomings.

All of us have endured more than we thought possible. Perhaps we can extend ourselves and others more grace than seems necessary.